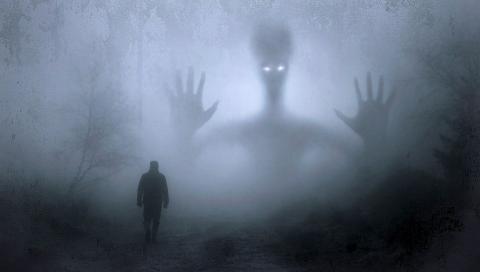 Summary
A wind gust is a sudden increase in the wind speed.

It has happened to most of us, catching ourselves taking an extra step or two – it’s not a loose shoelace but the air! This is the same almost weightless air that you breath. It is quite amazing that something so light can be that strong and also that it appears so suddenly that it almost always takes you by surprise.

We have written a little text to enlighten you more about this amazing force of nature – a force that is just waiting for the right moment to turn your umbrella inside out on a rainy day.
This article will describe the concept of gusts and then give you a little insight of how it can affect the work at offshore wind farms or at other marine installations.

What is a gust?

The gust is a wind that appears suddenly at a stronger speed than the average. By definition, it is more precisely at least 5 m/s stronger than the mean wind speed and lasts only a few seconds.
Every gust will not be of the exact same strength. A gust is therefore averaged over a specific timeframe, usually 3 seconds, just as the mean wind also is an average over time - 10 minutes is the standard.
This is “just” a technical definition, which is what forecasts and working limitations are based on.
This definition is based on wind statistics and the story could end here, but we like to tell the real story about gusts and what they physically really are – they are far more complex in nature.

Everything around us have to some extent friction. Easily described, it is the friction that makes you able to brake your car, but it is also the reason that it takes engine power to move forward.
This means that friction will disturb the wind flow, which creates turbulence and cause uneven wind flow – here comes the wind gusts.
The easy example is the wind blowing over ground where the friction is not evenly distributed, i.e. bare ground have less friction than bushes and buildings etc. This will force the wind at some locations to be deaccelerated and at other locations to be accelerated – this accelerated wind is the gust. This is the reason for why areas with mountains and buildings can be more gusty than flat landscapes.

To make this even more complex, let us introduce the invisible friction. It is the case that also the air itself have friction within. Therefore, if two air parcels move with different speed, called wind shear, or direction this will cause friction between them, which also is a source of gusts.

There are two specific weather phenomena that is especially known for causing these kinds of gusts, namely showers and windstorms.
The showers, especially the heavy ones like a thunderstorm, have a large upward rising wind flow. To counter act this air flow, a downward flowing wind is developed at another area in the shower. When this downburst reaches the surface, it will disturb the mean wind flow and voila - here is the gust.

The windstorm might be slightly easier to interpret, as it is about the speed. The higher speed the more friction, and from that the stronger gusts.
However, that is not everything - it is also because of the air-rotation created in a storm, which is giving an additional source of gustiness. Hence, the friction between the air parcels are both due to air parcels moving in slightly different directions and at different speeds and due to friction from the surface. Furthermore, heavy showers are also frequent in storms and can thus enhance the strength of the gusts.

A third weather phenomenon generating gusts is solar heating of the ground but is not that known as the two aforementioned. On a sunny day, wind gusts can be generated by rising air when the ground is heated. This can generate a thermal “bubble” of warm air that suddenly rises. Air from above will then be sinking to replace the rising thermal. This descending air can cause wind gusts – just like a weaker kind of downburst.

The stability of the lowest layers of the atmosphere (the boundary layer) do also affect the frequency and strength of the gusts.
During a day with stable conditions where the temperature decrease with height is only weak or even increasing, the wind flow will be laminar and gusts are not frequent and only weak.
However, on a day with unstable conditions in the lowest 500-1000 m of the atmosphere where the temperature decreases with height with around 1°C per 100 m (dry adiabatic lapse rate), the wind flow will be turbulent and gusts will occur frequently and can be strong.
The strength of the gusts on a day with turbulent flow and wind shear and thus increasing winds speed with height is depending on the wind speed in the layers above the surface layer.
A rule of thumb in turbulent flow says that if wind speed exceeds 10 m/s you may experience wind speed fluctuations of 5 to 10 m/s as the most likely.

Seasonal change of the gusts

To round of this physical description of gusts, here’s something about the seasonal change of the strength of the gusts.
Statistically, it is more likely with stronger gusts during winter than during summer. The temperature, air density and pressure differences between the seasons are the reason for this. Easily described, the low pressures and the high pressures becomes more intense during winter than during summer, and the pressure differences are the source to wind speed. Hence, the more intense pressure systems the stronger winds, which also gives stronger gusts.
As the density of the air is somewhat greater for cold air compared to warm air, the gusts will also affect objects with a somewhat higher force even though the wind speed is the same. This means that a wind turbine will generate more power in cold air during winter at the same wind speed than in warmer air during summer.

How do gusts affect work offshore?

The most obvious is that gusts often take you by surprise, so you need to be aware not to get blown away! The gusts hold a lot of force as they come “flying” and if severe, they can damage constructions.
Therefore, many work tasks have a maximum wind gust restriction. This is due to safety - both for personnel, for the equipment and for the construction itself.
For example, if a crane is used at site this will have a restriction in what wind conditions it is recommended to operate in. The reason for this is the structure’s ability to handle the forces caused by the wind.
In wind speeds higher than the recommended speed, the crane may not function properly and may be damaged or cause damage. Consequently, this could as well harm the personnel on site.
Furthermore, personnel offshore - both on a platform, a vessel or on a wind turbine - should take safety precautions, so that no one falls down and into water due to a strong gust.

Even before installation works begin at an offshore wind farm, the strength of the gusts is important since it is one of the parameters for deciding which blades to use in a wind farm and is one of the three parameters included in the wind classification that is base for this decision.
This is both to ensure that the wind turbine will perform best possible at a given site but also for safety reasons. We just learned that gusts can damage structures. It’s therefore important to choose the right turbine for the given location, so that it doesn’t get damaged due to extreme gusts. This is especially important in areas exposed by tropical cyclones!

Forecasting gusts in connection with heavy showers can be difficult, especially regarding the timing, but otherwise we are confident about predicting gusts. This is required by meteorologists as one of our goals is to ensure that the weather conditions do not cause safety issues offshore.